You were recognised in the Queen’s Birthday Honours List for your ‘services to the hotel, tourism and hospitality industry’. How were you told of this honour and how did you feel when you learnt about it?

A letter from the Cabinet Office arrived on June 6th – the same day I flew out on a two-week holiday to Scandinavia, so I had no idea! When they didn’t receive a response, the Cabinet Office contacted Claridge’s who then called me. The moment I learnt the news, it became the biggest honour of my life and the highlight of my career.

Do you yet know when your investiture at Buckingham/St James’s Palace/Windsor Castle will be – and which member of the Royal Family will present your medal?

No, not yet, but I’m looking forward to receiving details of the arrangements.

Have you attended the Palace before?

No, I’ve never been to Buckingham Palace. However, I was at St. James’s Palace in 2010 for a party thrown by Lady Elizabeth Ansen.

How do you think you will feel when the Lord Chamberlain calls your name?

It’s such an honour, so I imagine I’ll feel quite overwhelmed. But proud, very proud.

Have you ever looked after guests at Claridge’s who have been staying at the hotel ahead of their own investiture?

Yes, over the years we have looked after many guests who have either stayed at Claridge’s or dined here to celebrate their investiture.

Who will be accompanying you to the Palace, and how are you planning to celebrate yourse

My family will be with me on the day and we’re planning to celebrate with lunch at Bellamy’s – said to be the Queen’s favourite restaurant afterwards.

Are there any familiar faces on the 2019 Honours List that you will recognise at the ceremony?

I’m not sure when it will be. But I rather hope to see Simon Russell Beale, the acclaimed actor who is receiving a Knighthood, and Elvis Costello who is set to be honoured with an OBE.

What are some of your fondest memories of your 40-year career at Claridge’s – perhaps ones you’ve been reflecting on since learning of your honour?

I think what I have been reflecting on mostly is how lucky I am to still be doing a job I love after so many years. I can honestly say that I look forward to coming in here every single day.

I have so many good memories, but one standout recollection was the day that I met Audrey Hepburn and her son. It was 1986 and Phantom of the Opera had just opened in the West End. Tickets were like gold dust, and Ms. Hepburn wanted to go. I managed to get two – just.

What’s the secret to your own success? Is there any advice you’d share with a concierge who is just starting out? And what makes an excellent concierge?

Put simply, a great concierge has the ultimate discretion. You must love what you do. After all, this is more of a vocation than a job.

What’s changed over the past 40 years in the world of hospitality – and what has stayed the same?

Obviously technology has moved on hugely since I started out as page boy, although I’m still quite an old-school concierge. For me, the art of hospitality hasn’t changed much at all. You must take the time to greet, talk to and read guests. I always come around from our concierge desk to speak with them – and would never have a conversation across the desk. Small gestures like these mean so much. 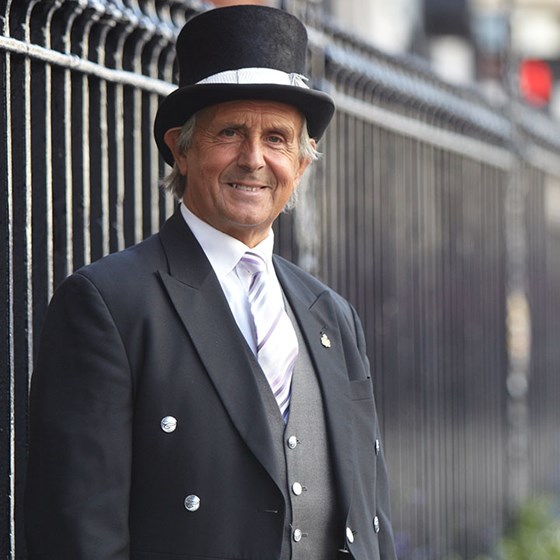 For doorman Roman Proboziack, there is no such thing as a typical day. 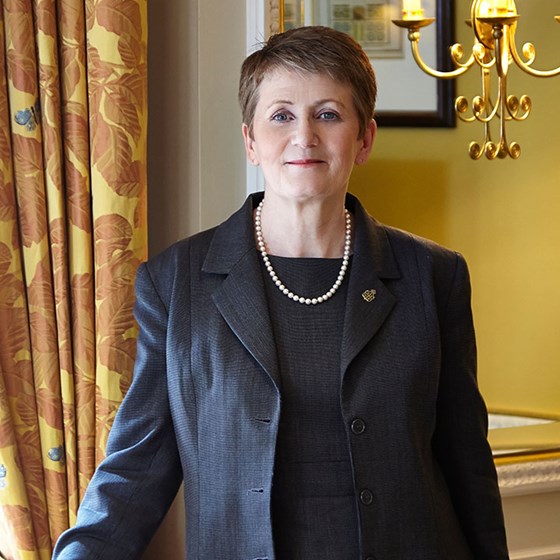 With a keen eye for detail, Anne Barnes makes sure Claridge's rooms are always perfectly presented.

Calm, controlled and focused on every detail, Martyn Nail is Claridge's culinary leader.

A day in the life of our head concierge